skip to main | skip to sidebar

I can't do this anymore. Between my continued economic decline and overall marginalization, it is apparent that the forces of corporatism have defeated me and consigned me to the narrow tenuous niche which I barely occupy.

I have not the desire anymore to continue with this venture. Too many other problems contend for my time and energy.

In any case, what I write here is of little consequence in this world and probably garbage anyway, so the point of all this is fairly ridiculous.

I will leave this page here if only for archival purposes - it costs me nothing to leave it as it is. But don't come to expect any additional updates to this space. It is finished.

This blog is closed - good night.

If god is dead, was he ever alive?

For millennia the mystics of faith have kept the morass in thrall to the obedience of the ghosts on high who are presumed to dictate the whims and ways of the world.

The destruction to rationality and human productivity these prophets of moronia have unleashed is probably incalcuable over the depths of human history.

But we can break their millennial misrule with three simple but earth-shattering words:

Indeed, there is no supreme being watching over you. The elites and their clerics have conspired to rob you of your birthright in this world for the promise of eternal sunshine and happiness in the "next." They create a ghost, an illusion, a delusional farce, so that they may have their way with you through the unquestionable guise of religious authority.

Nay, the church tacitly supports the agenda of imperialism, centralization in the FedGod, and worship of the Leader through the promotion of the cult of imperialism. So the State and the Church are joined at the hip despite whatever the increasingly irrelevant constitution says.

Think about it. Jesus said with prayer all things are possible. But when has that ever been true for you?

Billions across the planet practice faiths which Christians regard as fantasies. What makes the way of the Nazarene any more valid than any other world religion?

Think of the dead gods of history. To their adherents, they were just as real as the reincarnated Savior. Real as mermaids and unicorns. Do we pray to Zeus, or Ra, or Mithras to-day?

The centre of the Christ faith is the torture and death of a delusional carpenter who died "for our sins." After having watched the Passion of the Christ, I wonder if it is not truly about the torture for torture's sake, and nothing else.

It is quite apparent even from his own words in the gospels that Jesus, a delusional madman, is quite dead and absolved no sins with his gruesome death.

In the mass we eat his body and drink his blood - as the ancient tom-toms of cannibalism are suppressed behind the dark curtain of silence.

In the end, we sustain ourselves by reason in our daily lives. We know rationally that we cannot move mountains with prayer, levitate at will, or conjure up angels.

Because deep down, we all know in our heart of hearts that god is indeed quite imaginary.

Posted by Urban Prairie Schooner at 5:36 PM No comments:

The media circus rolls on with the continued and unwanted presence of the former governor of Alaska in our lives.

No failed vice presidential candidate in the history of time has ever found anything save obscurity in the wake of a national defeat. Who here recalls Lloyd Bentsen, Jack Kemp, Sargent Shriver, etc. etc. For that matter, who remembers Garrett Hobart? He was vice president - during the first William McKinley administration.

So why hither the anomaly that is Sarah Palin?

She is now famous for being famous, just as unqualified to be Dictator as anyone else, a character in the center of an ongoing soap opera being played out in front of the cameras.

As with everything in the media, it all comes down to celebrity. When the media figures themselves frequent the circles of the powerful, it stands to reason.

Dickheads of the highest order.

Not to mention that other celebration of dickheads, the Business Report's "Top 40 Under 40", filled as always with the ranks of lawyers, public relations "directors", bureaucrats, "principals" of an uncountable number of firms, etc.

In short, no one who truly enriches the world by producing something tangible of value. Really, what do lawyers do that adds value to the economy?

The goods producing folks roll on anonymously. But for the likes of the power elites that publish the organs of influence in this city, they could be all but non-existent to them. Because when you are one of the "little people", a different set of standards apply, for the powerful truly do not care whether you live or die.

The taser wielding Praetorians which terrorize us daily are proof enough of that.

Posted by Urban Prairie Schooner at 6:18 PM No comments:

The death of marriage

With my longstanding and likely permanent inability to attract a mate weighing down on me more pressing than usual, I have come to realize that socioeconomic and cultural changes have conspired to render a potential happy ending to this situation increasingly untenable.

Think - what is marriage?

Marriage is a sacred institution, the apothesis of human bonding - a mutual commitment by two people (of opposite sexes, thank you very much) to form a socially sanctioned pair bond that in effect pledges exclusivity to each other in economic, interpersonal, and sexual affairs. Like everything moral, it is fundamentally an economic arrangement - the husband contributes his material efforts as a household provider, in exchange for the civilizing influence of the wife's attentions.

The man has much to gain, but of course at the expense of his ability to flit at a moment's notice. Yet it is greatly beneficial. Married men live longer and experience the contentment of a permanent companion with which to share his joys, his pains, his victories - not to mention an assurance that he will sire progeny that will survive him. In short, the proverbial "sex contract."

The arrangement is predicated on the inability of the woman to obtain her own sustenance (or more importantly, that of her children) without the assistance of her partner.

But what happens when this all breaks down?

What happens when women enter the workforce (or better yet, cling to the teat of State subsidy) in large numbers and are then able to support themselves and their children? Especially when such workforce, increasingly in demand of traditionally 'feminine' traits such as concentration and attention to detail, is largely tailored to their strengths?

What happens when illegitimacy is no longer viewed as shameful, so that unwed mothers are accepted as a normal facet of life?

What happens is that men suddenly become superfluous in the entire scheme.

What happens is that where once women selected mates that demonstrated traits of stability and discipline, traits that well suit committed married men, they increasingly came to ignore such traits as irrelevant - even that of "losers."

What happens is that women are then drawn to "exciting" and "romantic" bad boys - in short, real losers.

What happens is that pair bonds become fleeting or nonexistent - which poses no issue to the economically liberated women, or the promiscuous "bad boys" involved, who are always certain to find another hapless mark with their suave olive oil charms.

What happens is that men without exceptional advantages in life or the comportment of a psychopathic, parasitical "bad boy" start to drop out of society, slowly but surely - increasingly falling toward the margins where the pavement cracks and the weeds grow tall.

In the ghetto, the real world results of all this are your standard evening news fare or sociological screed. But this is not what I speak of here. I speak of those whose lives do not turn at the point of a 'gat.'

For the rest of us, marriage becomes a lifestyle choice largely confined to the upper classes, of which only the lucky few - the Type A dickhead class so favoured by the privileged country club set who dictate all cultural norms - succeed at achieving.

And it then follows that all those men who do not fit the mold of privilege - who are merely normal, not earning six figure salaries in their twenties - are thus forever branded as unmarriageable "losers."

And it of course follows that these men, the regular Joe, non exceptional but hard working, honest, workaday fellas, who desire the happiness and commitment of married life are denied this privilege.

And so we sit alone, increasingly rejected and marginalized by greater society, confined to the margins, barred from communion with potential mates and pretty much everyone else.

So it was that Western civilization created an instant underclass of losers amongst its most productive, dependable citizens.

Thanks a lot, folks.

Posted by Urban Prairie Schooner at 7:04 PM No comments:

Wondering where I was earlier this month? 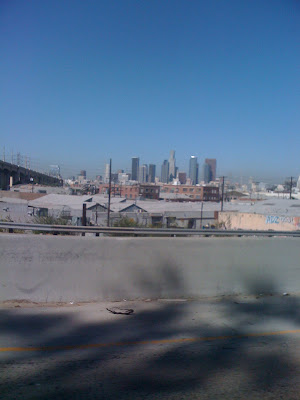 But for those who care, I'll give you two guesses. 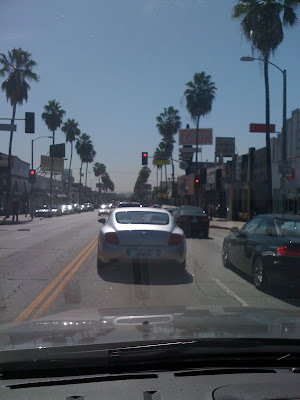 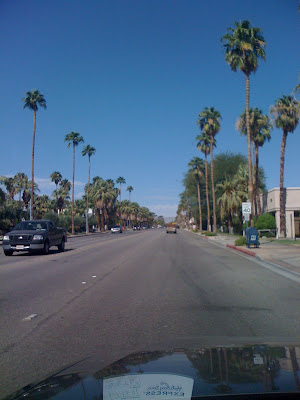 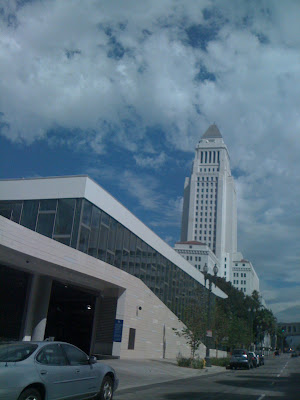 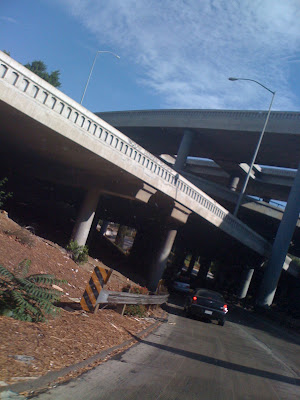 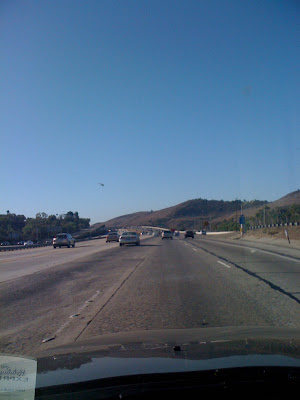 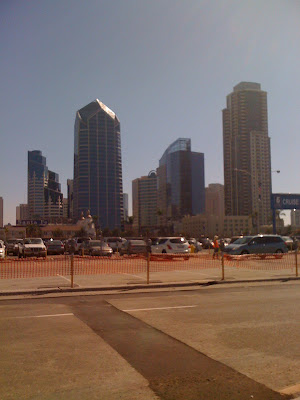 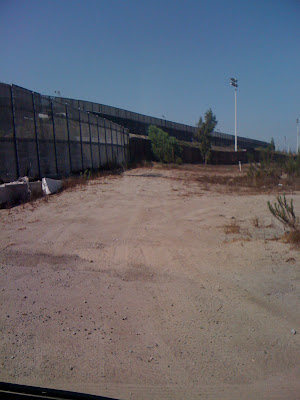 Like our Latino friends, I made a run for the border also. 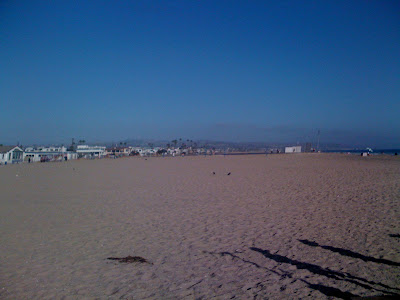 Since I suck at taking pictures, this trip ends with the sands of lovely Newport Beach to grace our exit. 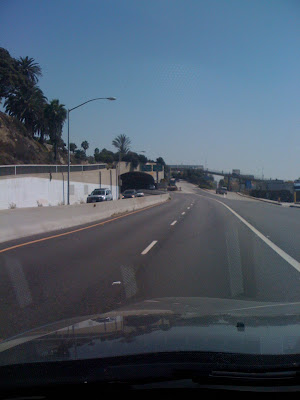 "So that's where I-10 winds up!" - My cousin Zeke who has never left Louisiana in his life

Posted by Urban Prairie Schooner at 7:28 PM No comments:

That which enriches us, we dishonor; that which destroys us, we value.

Interests and Hobbies (in no particular order)